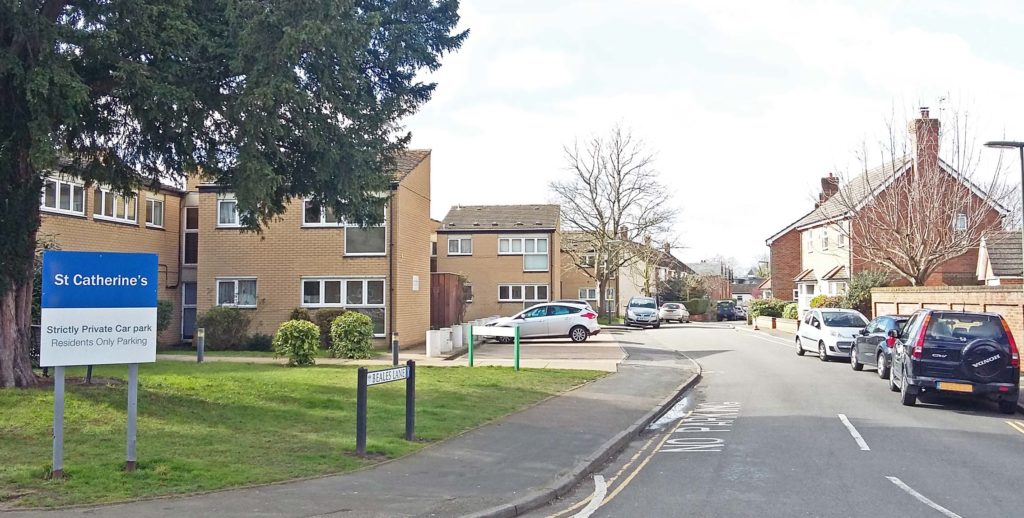 Plans for a three storey block of 17 flats and 11 houses in Beales Lane, with 53 bedrooms, are being considered by Elmbridge Borough Council (application 2019/0386). Over 100 objections have been registered with Elmbridge.  Read our PPDRA letter here.

The new block would replace the existing St Catherine’s buildings (lacking merit but inconspicuous, total 27 bedrooms) with a significantly taller block, of more than twice the mass, with its bulk much closer to the road.

See the photo and plans above to get a feel for the proposed scale. It is 55% higher from ground to rooftop compared with present, towards the Thames St end.

The plans propose parking spaces for 28 cars behind the block, accessed via a height-limited entrance mid-building.
The style of the proposed building is quite unlike other properties in north Weybridge. Some residents feel strongly that it is wrong for the location.

Many are concerned about the excessive bulk, and negative impact of the proposed development on the streetscene, traffic and parking – that it would transform the character of Beales Lane, and not in a good way.

Residents are worried that the character of Beales Lane will be lost.  Beales Lane is green and open towards its Thames Street end. The St Catherine’s buildings are low and mostly set well back. Their layout is staggered so it doesn’t impose.

The houses opposite are a traditionally styled 1998 development, in keeping with the character of Weybridge.

It is currently a pleasant suburban lane, leading to the historic small cottages of Church Walk.

The new building would present a much larger and more dominating profile along its length, and project closer to Thames Street.  It would be a massive difference.

The current St Catherine’s building as seen from Thames Street

The proposed building would be 55% higher, far wider and project much closer to Thames Street

Below we list some objections to the development plans, raised by local residents.

How to give Elmbridge your views

Comments to Elmbridge Borough Council are invited by 29 March, but will be accepted after that. The application will be decided by the South Area Planning Sub-committee.  To register your comments, search for 2019/0386 at www.elmbridge.gov.uk/planning

It is helpful if objections are on grounds that relate to relevant planning legislation / relevant sections of EBC Local Plan. Below are relevant issues of worry to local residents. We list things that Elmbridge Borough Council must consider in deciding planning application 2019/0386:

Learn more and register your comments

The number of people who comment is crucial to the future of Beales Lane and Church Walk.

Comments to Elmbridge BC are invited by 29 March, but will be accepted after that.  Use the comment form on the EBC website or email tplan@elmbridge.gov.uk.

The application will be considered by councillors on Elmbridge Borough Council South Area Planning Sub-committee.

If you feel it is important that they are all aware of your comments, you can email them directly:

Traffic and parking issues are the responsibility of Surrey County Council, who will prepare a consultation report in relation to planning application EBC 2019/0386.

The Surrey County Councillor for Weybridge is Tim Oliver
tim.oliver@surreycc.gov.uk

Some residents are puzzled by the reference to 17 flats and 11 houses in the planning application, when the drawings appear to show a single large block of flats, arranged over three floors. 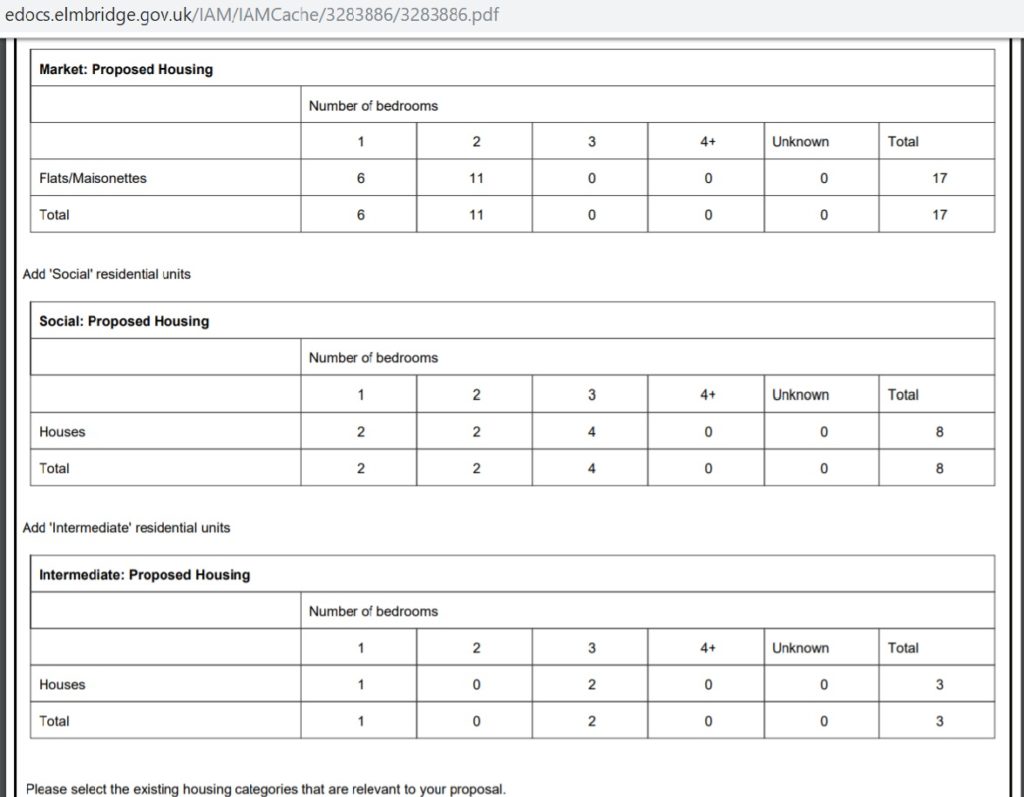